What Is Cellular Metabolism? 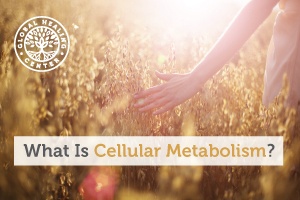 Your body is a complex network of interconnected organs that perform individual functions to support the systems and processes that make up your existence. Respiration, digestion, bone regeneration, metabolism — they’re all examples of your body’s ability to function with machine-like precision. That functionality exists at the most basic level as well — your cellular level. Lungs, brain, stomach, bones, blood — everything — is comprised of cells. Cells are the microscopic components that make up organisms and they, like your body, are a collection of various components that work together to perform the processes that sustain life.

The collection of chemical reactions in your body is usually referred to as your metabolism. This process is the sum of all chemical changes that take place within the cells in your body. During digestion, for example, cellular metabolism is what releases energy from nutrients.[1] Cellular metabolism sustains life and allows cells to grow, develop, repair damage, and respond to environmental changes.[2]

Cellular metabolism can break down organic matter, a process known as catabolism. Cellular metabolism can also produce substances, a process referred to as anabolism. To provide a more graspable example, breaking down food so the nutrients can be utilized is a catabolic reaction. The production of proteins from amino acids is an example of an anabolic reaction.[3] In general, breaking down releases energy and building up consumes energy. Amino acids, carbohydrates, and lipids (often called fats) are vital for life. Metabolic reactions either produce these molecules during the construction of cells and tissue or digest them and use them as a source of energy.

Whereas catabolic metabolism breaks down molecules into their constituents, anabolic metabolism combines simple substances into more complex substances.[4] When your cells combine amino acids into proteins to produce cells or tissues, that’s anabolism. Anabolic reactions are endergonic reactions, which means they use more energy than they produce.[6]

Although catabolism and anabolism occur independently of each other, they are inextricably linked. Without cellular metabolism, the body’s cells wouldn’t be able to break down or synthesize the compounds needed for energy, growth, function, and healing.

The Role of Cells

Although cell structure may vary from one to the next, all cells share several basic traits. Organelles are one feature that all cells possess. Organelles are like miniature organs within the cell that perform different specialized functions. For example, mitochondria are a type of organelle responsible for releasing energy. Other examples include the cell nucleus and endoplasmic reticulum. 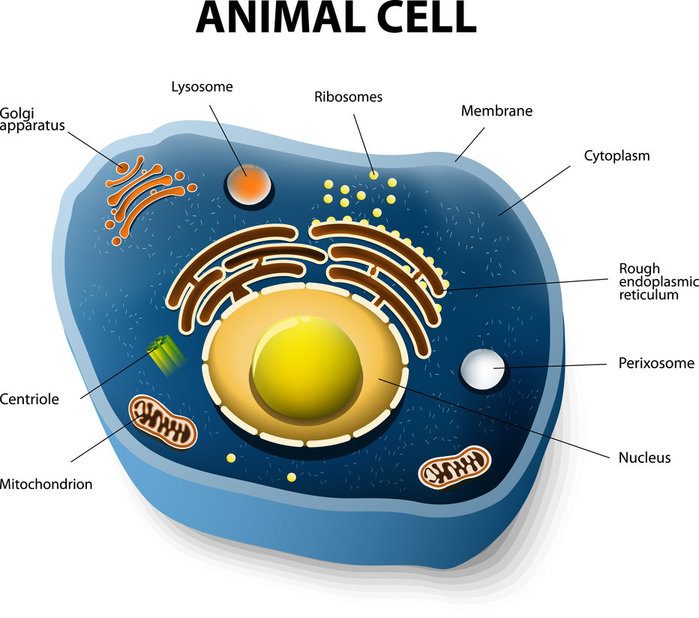 Encircles the cytoplasm and organelles of the cell and regulates what substances enter and exit the cell.[10, 12]

The jelly-like fluid that surrounds the nucleus and holds the organelles in suspension.

A network of long fibers that comprise the cell’s structural framework. The cytoskeleton also acts like a rail system and helps organelles move to where they are needed.[12]

The endoplasmic reticulum (ER) is a folded maze of flattened sacs which envelops the nucleus. Although the primary function of the ER is to produce important proteins and fats that are used in a variety of ways, the ER actually has two components — the smooth ER and the rough ER. The rough ER assembles proteins. The smooth ER is responsible for detoxifying the cell of waste products and toxins, producing fats, and other important functions.[13]

Accepts vesicles, of packages of cell-generated products, from the ER and repacks them to be sent outside the cell. It also is responsible for creating lysosomes.[14]

Lysosomes and peroxisomes are the recycling centers of the cell, refashioning the old, worn-out components.[15]

Mitochondria are the powerhouses of the cell and when they're functioning normally they convert nutrients into energy. When mitochondria fail, however, energy production is impaired and that can affect any number of important processes within the cell and the body as a whole. Inefficient mitochondria may be due to poor nourishment, genetics, environmental toxins, or disease.[16]

Nestled within the folds of the ER is the nucleus. This organelle is the cell’s command center and contains DNA, including the noncoding telomeres that protect chromosomes. The cell will grow, mature, divide or die based on the instructions it receives from the nucleus.[12]

How to Support Cellular Function

Cellular function directly affects how you feel. If your body is operating poorly at the cellular level, it’s a sure bet your overall well-being will be affected.

Supporting cellular function in your body really is a “garbage in, garbage out” proposition. If your diet isn’t balanced and fails to provide essential nutrients, then your cells aren’t being given the fuel they need. If your nutrient intake is incomplete or inconsistent, organic supplements can help fill the gaps.

Vitamin B12, in particular, is a nutrient that plays a very important role in supporting energy levels and metabolic function. Many people don’t get enough vitamin B12 and, as a result, their energy levels suffer. If you feel chronically fatigued, you may benefit from adding a B12 supplement to your diet.[17]

Vitamin D also supports normal cellular function.[19] It’s difficult to get enough vitamin D in your diet but with adequate skin exposure to sunlight (UVB rays), your body can produce vitamin D.[19] Regular exercise can also boost your health and well-being in many ways; improving cellular function is one of them.[20] It’s important to stay hydrated and consume plenty of clean, purified water. Simply put, hydrated cells function better.

For extra support, we’ve formulated Cell Fuzion™. It’s a dietary supplement designed to protect mitochondria, facilitate cellular metabolism, sustain healthy cell cycles, and guard against DNA damage. Cell Fuzion contains some of the strongest antioxidants available and one of its ingredients, CoQ10, may protect DNA by supporting telomere structure. Supporting telomere integrity is one of the best ways to defend against the cellular aging that weakens cell metabolism.[21]